The fourth installment by the impossibly bubbly Broadway Kids marks a return to familiar territory after a detour that yielded a Christmas album and a set of movie-soundtrack songs. Back on the celebrated street that spawned them, the Kids sound right at home. Deftly and with an energy level exclusive to their age bracket, they dive into numbers from such much-loved musicals as Cats, West Side Story, and Annie Get Your Gun–more grown-up fare, perhaps, than the shows that appeared up on their 1994 debut, The Broadway Kids Sing Broadway, but just as apt to drum up fantasies of the stage in young, theatrical-minded bedroom crooners. The group’s ranks have swelled to 20 from 14 (on their debut), which means more fun for armchair talent scouts and anyone hoping to watch the progress of rising stars. Original Broadway Kid Lacey Chabert landed a starring role on Fox’s Party of Five and other sweet-voiced alumni probably won’t be far behind her celebrity footsteps. After all, doesn’t anyone talented enough to take “Jellicle Songs for Jellicle Cats” and spin it into something just shy of sensible deserve a shot at stardom? –Tammy La Gorce 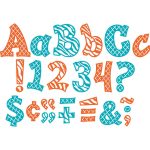 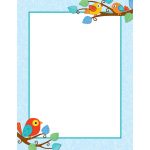 Create your own inspirational message or classroom display with this blank decorative chart complete with the eye-catching and contemporary design ...
Read More 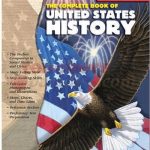 The Complete Book of United States History teaches children in grades 3 to 5 important skills in U.S. History.In this ...
Read More