Bilbo Baggins was a hobbit who wanted to be left alone in quiet comfort. But the wizard Gandalf came along with a band of exhiled dwarves. Soon Bilbo was drawn into their quest, facing evil orcs, savage wolves, giant spiders, and worse unknown dangers. Finally, it was Bilbo – alone and unaided – who had to confront the great dragon Smaug, the terror of an entire countryside . . . J.R.R. Tolkien is one of the twentieth century’s best-loved writers. His books, which include The Hobbit, The Lord of the Rings, and The Silmarillion, have been translated into more than thirty languages and have sold millions of copies worldwide. One day, while grading the exam papers of his students, Tolkien suddenly found himself writing in the margins on one of them, “In a hole in the ground there lived a hobbit.” His effort to discover just what hobbits were and what they were like led him to write one of the most beloved books ever written, The Hobbit, an introduction to the world of Middle-earth. 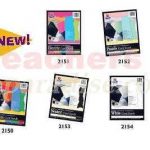 This heavyweight all-purpose card stock is perfect for school, arts & crafts and office use. Vibrant colors as well as ...
Read More 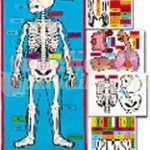