Get an idea of what life was like on a homestead during World War I. Challenge students to make meaningful connections to the novel. Identify the biggest obstacles for Hattie as she works on her homestead alone. Students translate common expressions used in the novel into their own words. Do some investigation into the state of Montana, including by what nicknames this state is known by. Research the possible origins of the expression ‘doughboys’, as Hattie uses it to describe American soldiers fighting in Europe. Find examples of personification used in the novel. Students brainstorm who the possible antagonist of the story may be. Students put themselves into Hattie’s mindset to write a reply letter to Charlie. Aligned to your State Standards, additional crossword, word search, comprehension quiz and answer key are also included.

About the Novel:
Hattie Big Sky is a Newbery Honor-winning story about a young orphan who inherits a homestead claim in the Montana prairies. Hattie, at the age of 16, goes off to live at her uncle’s homestead in Montana in 1918. Alone, Hattie is met with the hardships that come with the primitive conditions. Throughout all of her trials and small triumphs, Hattie keeps up a correspondence with her school friend, Charlie, who enlisted in the army to fight in The Great War. It is through his eyes that Hattie is able to see glimpses of the harsh cruelty of warfare. As the story unfolds, Hattie is met with experiences that leave her discouraged and bewildered, but stronger and more resolutely determined to make something of herself. 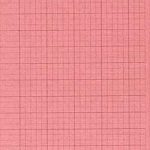 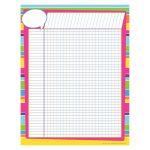 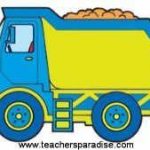 WriteOns are more than just fun stationary! Use them for quick notes and reminders, or as awards, certificates, invitations, thank-you ...
Read More

A boy fantasizes about different types of baby animals (cub, calf, pup, etc.), but has a fun surprise about his ...
Read More

Patterns are all around us. Where do you see a pattern? Nonfiction: This book title is based on nonfiction topics ...
Read More