It’s easy to see why Billboard magazine called Victor Vito “one of 1999’s best kids’ albums.” On this recording, Laurie’s acoustic guitar is joined by a variety of instruments including flute, harmonica, horns and maracas. From the lovely a cappella harmonies on “Moon Moon Moon” and “White Coral Bells” to a song about some very silly goldfish, to the bouncy, irresistibly catchy title track, Victor Vito is chock-full of songs that kids love and parents sneak off to listen to! Destined to become a family favorite! 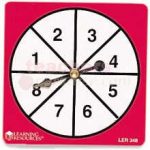 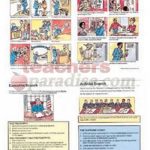 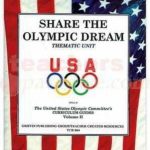 Under Construction Stickers are acid-free and lignin-free. Measure approximately 1". Each pack includes 120 stickers. Sold as 12 packs for ...
Read More

Set of 12 Place Value Tens Dice are ten-sided and packaged in a plastic bag. Great for use in the ...
Read More

A Preposition is a word that combines with a noun to show position, time or direction (such as near and ...
Read More