World War I was the beginning of “Modern Warfare.” The Great War’s new weaponry: poison gas, machine guns, tanks, airplanes, and even submarines forever changed the way battles were fought. Who would ever think that a single bullet from an assassin’s gun could start a war that would be fought on a larger scale than ever before? Probably no one;but that’s what happened! In this book, kids will see for themselves the events leading up to the first “World War”;and will hunker down in the trenches of eastern Europe with the troops of many nations as they fight “the war to end all wars.” By GALLOPADE 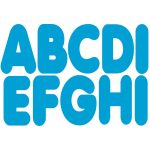 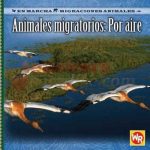 Why and how do animals migrate? Find out in this Spanish series for young readers, which covers the journeys - ...
Read More 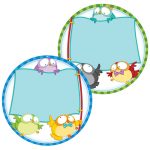 Brighten up any corner of your classroom with these whimsical Owl Pals two-sided decorations. Label learning centers or accent bulletin ...
Read More

Enhance the way you teach, store, and manage your classroom with the versatile Stars library pockets. Each of the 36 ...
Read More

Eureka Manipulatives are great for teaching early childhood learning and a great tool in helping students recognize connections within each ...
Read More