Brand: On the Mark Press

Robert Louis Stevenson’s Treasure Island is one of the most beloved novels ever written. When an old seaman, Billy Bones, dies at young Jim Hawkins’ inn, Jim discovers the treasure map of the famed Captain Flint among the old seaman’s belongings. With the help of family friends, Dr. Livesey and the squire, a sailing ship is purchased, a crew hired, and led by Captain Smollett, Jim and his friends head for the island on which the treasure is buried. Upon reaching Treasure Island, Long John Silver, the ship’s one-legged cook, leads most of the crew in a bloody mutiny against Captain Smollett and the others. Will Jim and his friends survive to find and claim the treasure? And what will become of the traitorous Long John Silver? 64 pages. 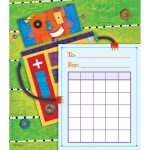 Ease reading, speech, comprehension and pronunciation challenges with the Toobaloo. Created by a teacher, the Toobaloo is an educational tool ...
Read More 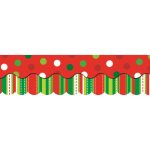 Designed to CombineMake a statement with this perfectly paired border set in our most popular designs. 52 ? feet per ...
Read More 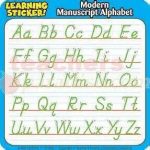