A morning on the North American Prairie begins with birdcalls. As many as 265 species of birds come to the plains in early summer to nest and raise their young. The sun paints the land with subtle dyes and in every direction there is sky and rolling plains of grass. As the day settles, herds of large animals like American Bison, better known as buffalo, roam through their kitchen of grasses, lupine, and tiny prairie flowers, grazing. Antelope bound through the scene, skittering here and there. Prairie dogs stand guard over their underground domain, as falcons and other birds of prey circle overhead Set contains 13 chunky figures and habitat theater! Includes fun facts about each animal and a narrative about each animal and a narrative about the habitat.

A durable, flexible and versatile 3-D art medium that is perfect for arts and crafts projects. This 12 pt. polyethylene ...
Read More 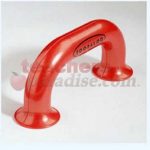 The TOOBALOO is a phone-like device that allows children to hear themselves clearly while speaking softly into it. The design ...
Read More

Long white birch handled bristle artist brushes are made in the Interlocked construction which enhances the characteristics of natural hair ...
Read More 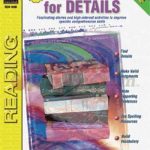 Short stories are followed by statements about specific details. Students decide the validity of the statements, then find the sentence ...
Read More 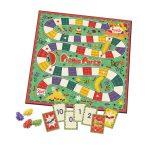 Start marching! Beat your fellow ants to the picnic basket while comparing and counting up numbers in two delicious levels ...
Read More