Obi had never forgotten the sounds of his mother’s screams on the day he was sold away from her. Making plans to run away to find her was a secret game he played with friend Buka, an old African who lived at the edge of the farm.
When the Civil War began, Obi knew it was time to run – ; or be sold again. If he was caught, he’d be killed…or worse. But if he stayed, he might never know freedom. 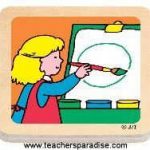 One of the most durable mats ever made..."Poly foam filled" nylon, polyester reinforced cover...Use the carrying handles on each side ...
Read More 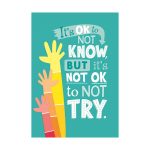 "It's OK to not know, but it's not OK to not try."Inspire your students with the powerful message on this ...
Read More