It takes a graveyard to raise a child.

Nobody Owens, known as Bod, is a normal boy. He would be completely normal if he didn’t live in a graveyard, being raised by ghosts, with a guardian who belongs to neither the world of the living nor the dead. There are adventures in the graveyard for a boy — an ancient Indigo Man, a gateway to the abandoned city of ghouls, the strange and terrible Sleer. But if Bod leaves the graveyard, he will be in danger from the man Jack — who has already killed Bod’s family.

Neon Titles add a kick to displays and will wow teachers and judges! Printed in bold neon yellow, all capital ...
Read More

JUST JUMP IT The Skipper JJ-S 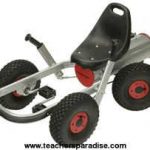 An awesome off-roader designed for the rough and tumble of any playground in the universe. The large rubber wheels with ...
Read More 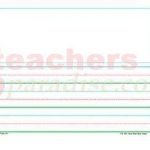 Simply 'start at the sky and pull down to the ground" to form letters correctly! Bold graphics and color coded ...
Read More

Art at a toddler's height. Hinged at top, with positive lock braces on side. Adjust the height of the double ...
Read More