To her small Eskimo village, she is known as Miyax; to her friend in San Francisco, she is Julie. When the village is no longer safe for her, Miyax runs away. But she soon finds herself lost in the Alaskan wilderness, without food, without even a compass to guide her.

Slowly she is accepted by a pack of Arctic wolves, Mid she grows to love them as though they were family. With their help, and drawing on her father’s teachings, Miyax struggles day by clay to survive. But the time comes when she must leave the wilderness and choose between the old ways an(] the new. Which will she choose? For she is Miyax of the Eskimos – ;but Julie of the Wolves.

Faced with the prospect of a disagreeable arranged marriage or a journey acoss the barren Alaskan tundra, 13-year-old Miyax chooses the tundra. She finds herself caught between the traditional Eskimo ways and the modern ways of the whites. Miyax, or Julie as her pen pal Amy calls her, sets out alone to visit Amy in San Francisco, a world far away from Eskimo culture and the frozen land of Alaska.

During her long and arduous journey, Miyax comes to appreciate the value of her Eskimo heritage, learns about herself, and wins the friednship of a pack of wolves. After learning the language of the wolves and slowly earning their trust, Julie becomes a member of the pack.

Since its first publication, Julie of The Wolves,winner of the 1973 Newbery Medal, has found its way into the hearts of millions of readers. 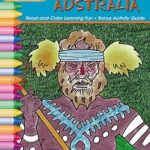 Kids love to color! Now they can enjoy this favorite pastime and make exciting discoveries about their world at the ...
Read More 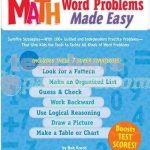 Decorate your whiteboard in a snap with durable, reusable magnetic decor! Add flair on other metal surface such as doors, ...
Read More

12 Strips. Twelve 3ft. x 3in. strips for a total length of 36ft.! Straight edges for easy use and continuity ...
Read More 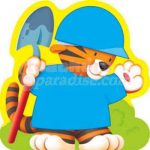