World War I has been called the first man-made conflict in history. Learn why World War I began in 1914 along with major battles including the Battle of Tannenberg, Battle of Verdun and the Battle of the Somme. Our resource provides ready-to-use information and activities for remedial students in grades five to eight. Take your students from the background and causes of the war to its final outcomes. Discover who the major players were and how and why the U.S. entered the War. Included also is Woodrow Wilson’s fascinating Fourteen Points clearly explained. Give your students a clear understanding between Nationalism, Imperialism and Militarism along with the conventional methods and weapons of warfare for that period.

Headliners add instant appeal to any classroom! Use them as titles for bulletin board displays. Line them up along a ...
Read More

Celebrate 100 days of school with this colorful award. Personalize with each student's name to celebrate that he or she ...
Read More 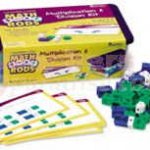