A Humorous and entertaining fairy tale about the adventures of a boy named James and his insect friends. An old man gives him green magical crystals that do magical wonders on the peach as it grows bigger than a house. With his insect friends, James flies from England to New York City with the help of 502 seagulls and lands on the pinnacle of the Empire State Building. His friend, Old-Green-Grasshopper becomes part of the New York Symphony Orchestra. Silkworm and Miss Spider set up a factory and make ropes for tightrope walkers. Ladybug gets married to the Head of the Fire Department. Glow-worm becomes the light inside the Statue of Liberty. Centipede is made Vice-President of a high-class firm of boot manufacturers. Earthworm makes commercials for a face cream company. 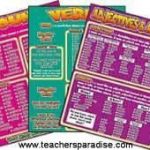 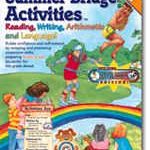 Developed to help children maintain and enhance scholastic skills while away from school, this award-winning series is the original summer ...
Read More

These dense "thin" mats are in use in all 50 states. Nylon polyester covers in eight school colors. In flat ...
Read More 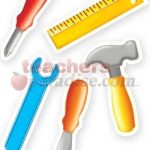 Perfect for adding pizazz to your bulletin boards, or for use in art projects, creating student books, writing notes or ...
Read More 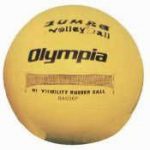 Now you can have a durable rubber ball without the "sting" associated with most rubber volleyballs...Unique soft touch cover and ...
Read More